Casablanca, Morocco, 25th February 2016 – Tony Elumelu, CON, Chairman, Heirs Holdings, UBA Plc and Transcorp Plc, spoke today on the Role of the African Private Sector in the Continent’s Development and Regional Integration to a gathering of over 1,500 African business leaders at the 4th International African Development Forum in Casablanca which commenced yesterday and ended today 25th of February, 2016. Organised by the Attijariwafa bank since 2010, this year’s forum, is being held in collaboration with the Moroccan Government institution, Maroc Export with focus on ‘Agriculture and Electrification: Harnessing Energies’.

Tony Elumelu, while delivering his speech at the opening plenary, stressed that sustained Investments in agriculture and energy can lead to and sustain economic transformation across the continent. He said that while we are united by geography, North Africa is increasingly counted as Middle East. “I come here today to embrace my North African brothers and sisters and also my francophone brothers and sisters represented here. African unity should be about shared bonds and trade. As we grow closer we will address the challenges caused by our trade barriers. I believe in Africa, and I believe in the power of entrepreneurship to deliver the future we all want for the continent- a future of stability and prosperity, with sustainable energy and food for all!” he noted.

Mr. Elumelu further stressed the importance of investments and of providing the right infrastructure for development across the continent.  “The private sector has the capacity and must acknowledge and embrace its role in the development of our continent. We have common challenges. We need investment and we need development in Africa. I decided that I needed to be here to participate in such a forward moving initiative. I call this Africapitalism”.

Africapitalism proposes that the African private sector has the power to transform Africa through long-term investments, creating both economic prosperity and social wealth; a belief that he has backed by launching the Tony Elumelu Entrepreneurship Programme – a 10-year, $100 million commitment to empower the next generation of African entrepreneurs and generate $10 billion in annual revenue, creating at least one million jobs across Africa.

It is expected that this forum will outline a roadmap for Africa’s investment, economic and business opportunities, as well as position the continent to attract long-term, viable investments in two of Africa’s most critical sectors – power and agricultural sectors. 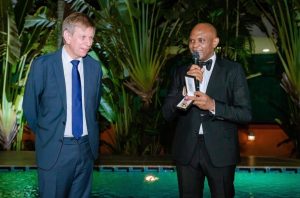 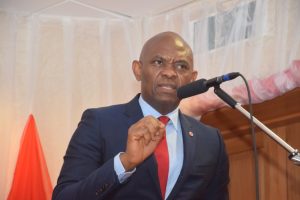