Johannesburg – I am optimistic about Africa and its future. I strongly believe a new Africa has begun to emerge, although one cannot dismiss the odd hurdle and challenge along the way.

What’s come to life is a more mature continent aware of its past, proud of its heritage and willing to do even more in pursuit of a brighter future.

You may wonder about such unabashed optimism from someone living and working in a country long perceived as difficult and complex.

The simple reason is that today’s Nigeria is a different country.

The potential we have long imagined for our nation is now becoming a reality.

The economic management of Nigeria has improved over the last decade and our leaders are asking more of themselves and their colleagues in and out of government.

Also the private sector is more self-assured and confident about the new economic policies that have led to steady growth in the past decade. We don’t expect anything fundamental to change irrespective of the outcome of the elections.

For this reason we have demonstrated a greater willingness to partner with the government so as to help underpin Nigeria’s growth and its prosperity.

As a business leader my hope for the election was a free, fair and well-managed poll that will increase confidence in the political class, respond to the people and prioritise the development of our economy.

Yesterday, Nigerians went to the polls, and over the course of this year, a total of 11 African countries will conduct their general elections.

This will aid the flow of long-term investment, expand opportunities and allow broader economic participation for all Africans, especially our youth and women.

However, the private sector has a duty to partner with responsible governments to shape the future of our continent.

While politicians battle it out for the votes, it is incumbent on the African private sector not to remain silent. We are a critical part of the equation.

Despite the obstacles, we see a continent rich in natural resources, the advantageous demographics of a young population, technical innovation and policies that give incentives for us to invest.

Call it enlightened self-interest, but this new dynamic is fast taking-root. Better governance and a decent level of political stability have resulted in the net flow of long-term investments, expanded opportunities and broader economic participation for all Africans, especially our youth and women.

We could do more, but at least we have started. For my part, I will continue to advocate for Africapitalism because I believe its tenets are fundamental to Africa’s future.

These tenets dictate that, through long-term investment and wealth creation, the African private sector can fulfill many of the social obligations governments often mismanage and find overwhelming.

At a policy level, business can and must encourage governments to focus on a narrower set of objectives to which they must commit.

By addressing the most pressing problems in a more focused manner it will lead to better results.

These are simple business principles, that when applied to the behemoth that is government, could achieve better results.

Primarily, I believe that a proper role of government is to support economic expansion, however, in the end the driving of the economy must be led by the private sector.

This is best achieved when governments enact growth-enabling policies in critical sectors like housing, agriculture, power, infrastructure, manufacturing and finance.

At general election times, it is also important to remember that policy continuity is critical to building confidence, retaining and attracting investment.

However, we must be realistic. We recognise that we cannot demand slimmed down and efficient governments if the private sector is reluctant to step up and take more responsibility. I cite a couple of examples of the sort of responsibility to which I refer to:

My investment company Heirs Holdings committed an amount of $2.5 billion (about R30bn) in investments in the African power sector, representing the largest single commitment to the initiative.

That investment will earn a positive return, however, in addition we aim to solve a series of critical problems including job creation, economic growth, and improving livelihoods. The second example is also focused on the very important power sector.

That Nigeria has a severe power shortage is no longer news.

In recognising the need for change, the Nigerian government commenced a much-heralded and transparent privatization process.

And we are already demonstrating how private sector management can be more efficient.

The company has expanded generation output from 115MW to 610MW a day after only 16 months of private ownership.

However, we first needed the government to unlock the opportunities for fresh investments in the sector. In the end business has become part of the solution.

That’s good for business – and good for the people of Nigeria.

This formula can be replicated in different economic sectors across the continent.

These are just two examples of the myriad ways the public and private sectors can and are working together to maximise the scope for a brighter and more prosperous Africa. But we need to do more, especially in the area of entrepreneurship, if we really want to unlock the potential of our people especially the young ones.

Launched on January 1 this year, the programme received more than 20 000 applications from all states in Nigeria and 52 countries and territories across the African continent.

The aim of the programme – which will support a new class of entrepreneurs with the $100m funding from my foundation over its 10 year life – is to discover, nurture, and support 10 000 African entrepreneurs over the next decade, with a target of creating 1 million new jobs and $10bn in additional revenues in the process.

The overwhelming response to this programme demonstrates a hunger in Africa for access to investment, training and open and competitive markets – all of which can only be made possible with supportive government policies.

It is also evidence of a thriving entrepreneurial class more than able to compete across boundaries.

We hope the programme will touch not only the lives of the 10 000 entrepreneurs who will receive the training, mentoring, networking, and funding, but also the hundreds of thousands of others who will benefit when other well-endowed Africans as well as international development partners channel funds in a similar direction.

It will have an even greater effect on Africa’s economic transformation because the voices of 20 000 African entrepreneurs have now been heard, and can be used to guide governments on the sectors which appear to be of most interest and where public funds to support new business expansion could be directed or where regional investments in clusters could have the most effect.

Of course, none of these opportunities can be realised without good governance, political stability, and governments that work to support the private sector in innovative and practical ways.

The creation of jobs, social wealth and a higher quality of life for all Africans depends on confidence in our public institutions.

With the elections over in Nigeria, we hope to see a renewed pursuit of strong and inclusive economic growth led by Nigeria’s own entrepreneurs.

The African private sector has a unique ability to drive economic growth and social wealth by pursuing long-term investments in key sectors. However, for Africa to succeed – and I cannot emphasise this enough – the private sector needs good and stable governments that are accountable and supportive across the continent. 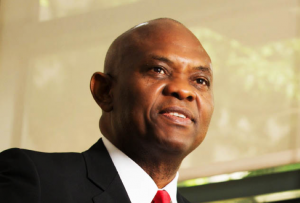 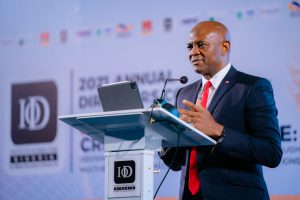